It's been a long time since I last posted some of my images here. I'm trying to upload at least 5 new works every week to flickr, but recently I've fallen a bit behind - there's much business stuff going on at the moment and I've to take care of a visiting family member, too.

But I managed to squeeze in some time here and there for some new pics in the last weeks and here they are! Enjoy. 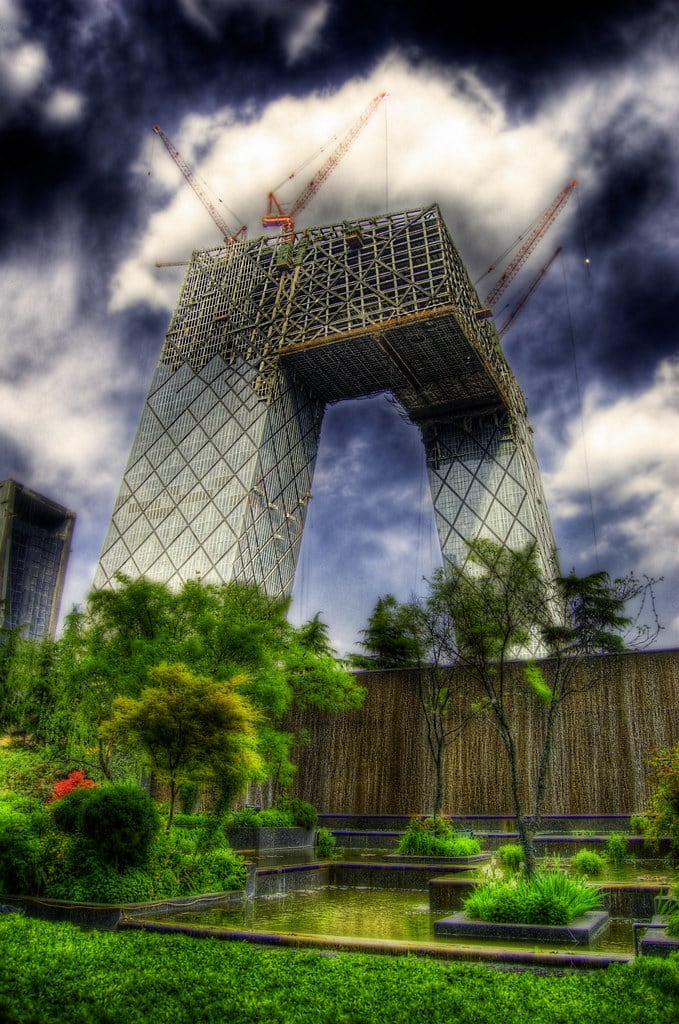 This is the new CCTV building in Beijing. It was supposed to be finished before the Olympics but that didn't work out too well. So now they try to finish it by 2009, as far as I know.

Here are some shots that I took in Parma, while visiting my sister. They are some months old, but I never got around until recently to edit the hell out of them. Parma is a nice little city, these were taken downtown. The food there, especially the bacon and cheese, are uber delicious. 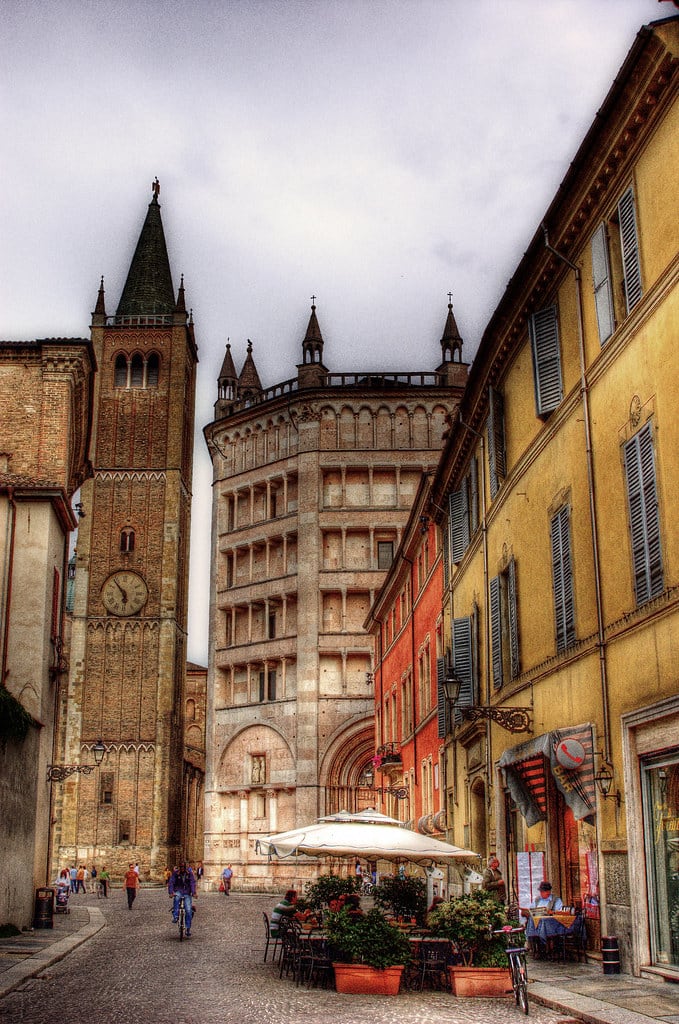 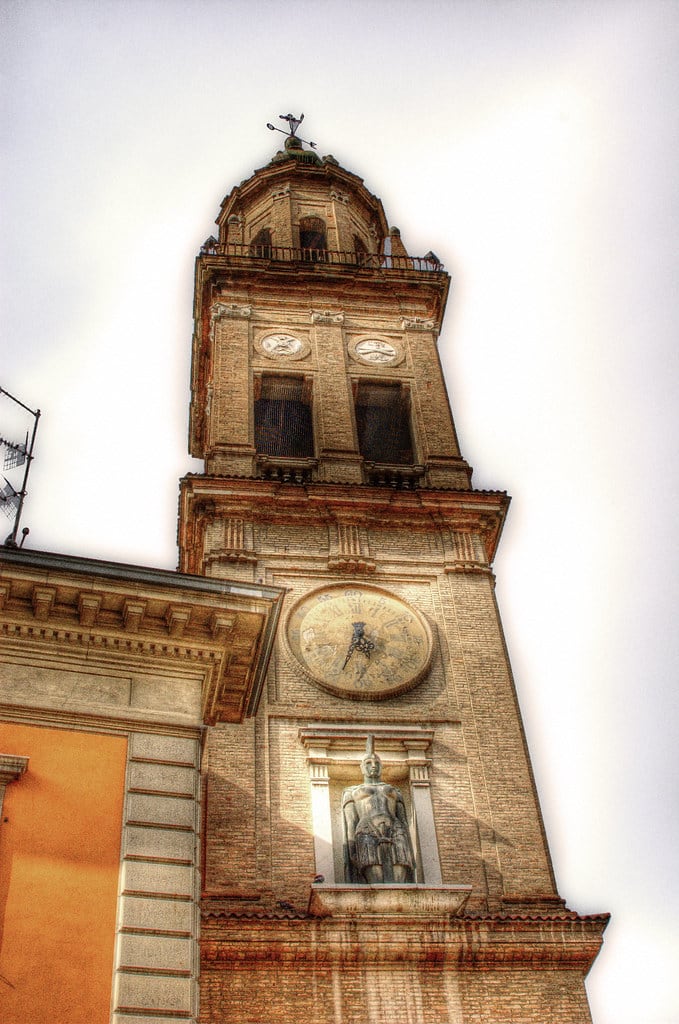 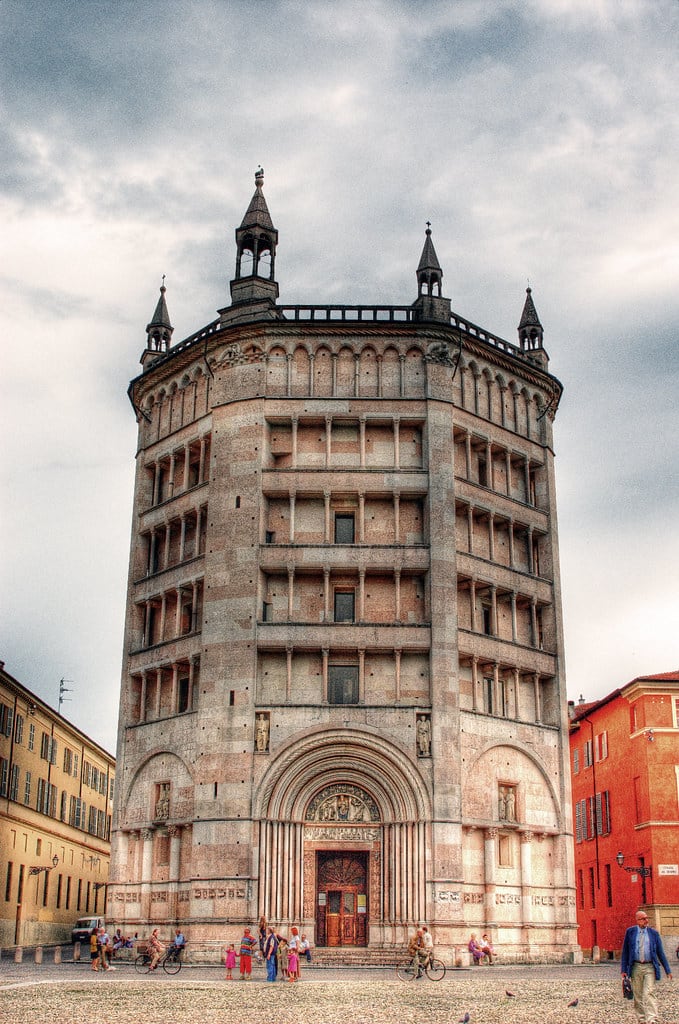 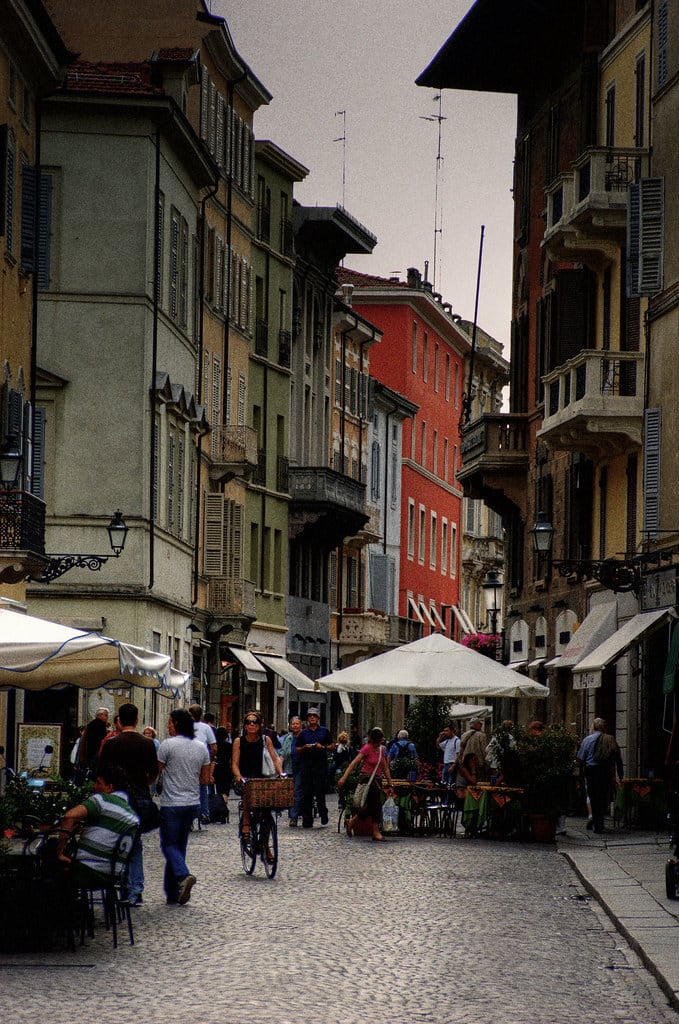 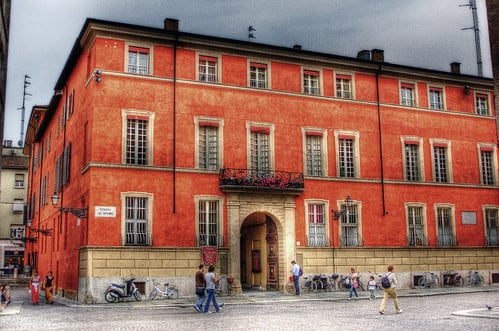 My sister got a new dog just two weeks before we arrived... She's such a cutie, so here are three images from Agatha. 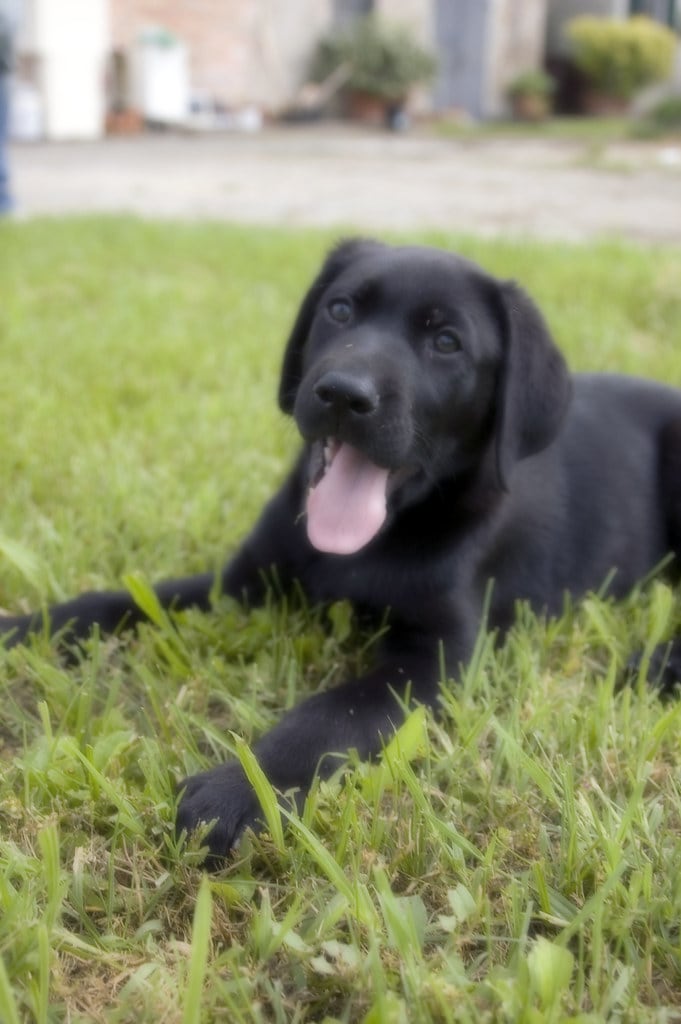 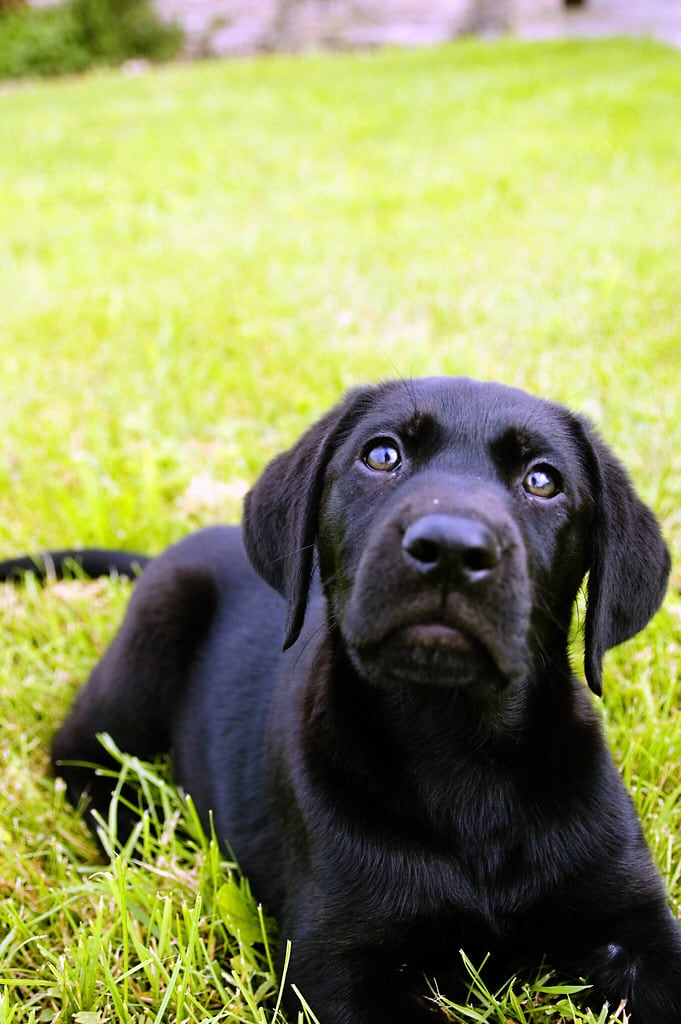 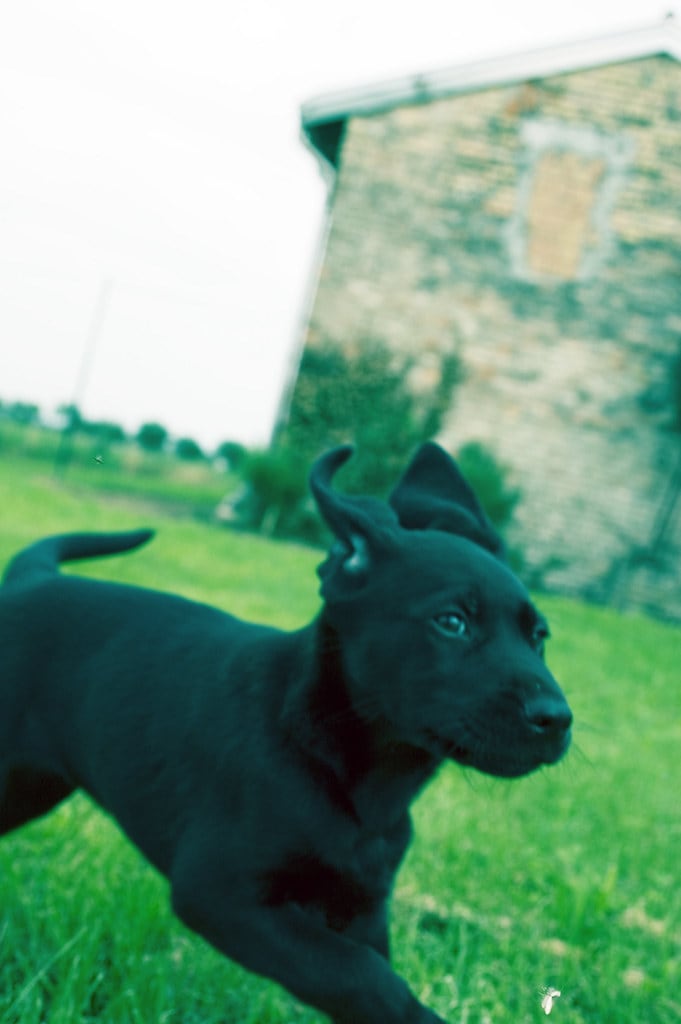 Last picture from Europe: Switzerland. We went by train from Heidelberg to Basel, then from there to the Como lake to visit my grandparents for a couple of days. Then we went from Como to Parma and stayed at my sisters for a night. Then we went by train from Parma to Bologna, then from there back north to Levico. Boy, that was a trip, and the horrible italian railway didn't make it any better.

Fun fact: My wife got into Switzerland illegally. When changing trains at Basel, we got off at the wrong Basel station - Basel Bf, not Basel SBB - and had to enter the swiss Basel by kind of a subway. There was not passport control, of course... But when we entered Italy and they checked my wife's passport, they were a bit pissed and told us, that they have the option to send us back now. Gladly they didn't do it, but we decided to travel back to Germany with a train via Austria, which really is in the european union. Damn Switzerland! 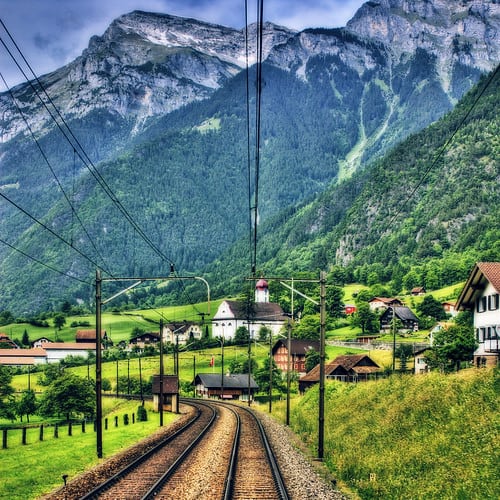 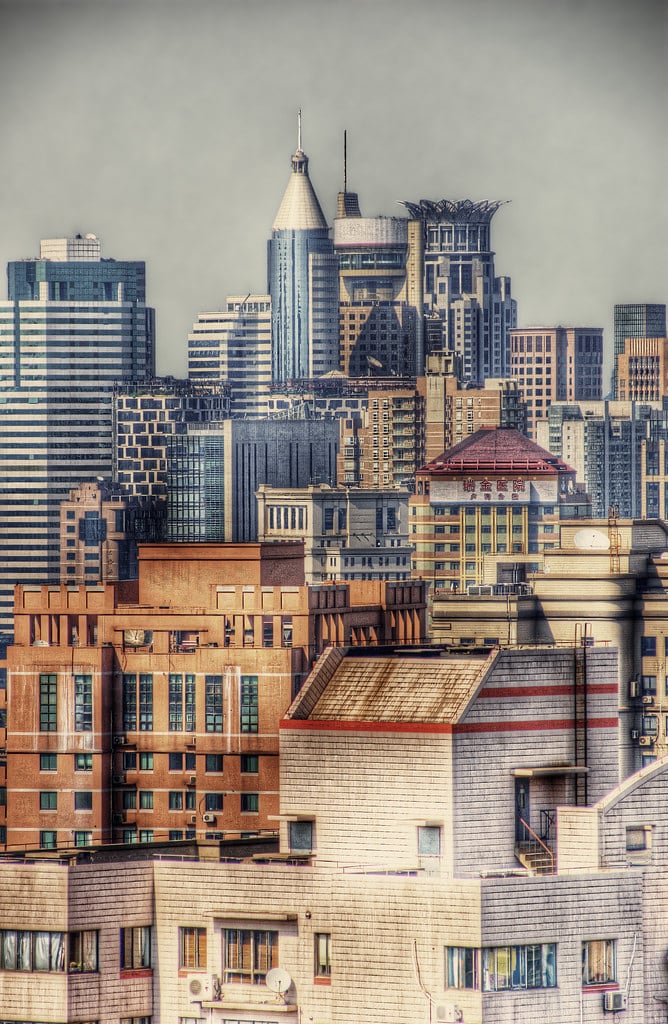 I shot above image out of a window from the 30th floor in our office building. I got the sweet Nikkor 80 - 200 millimeter lens from my grandmother, who now shoots with Canon. It's a really good, sharp lens. Shanghaiist featured this image with the caption "The Concrete Jungle" when I released it on Yahoo's flickr. 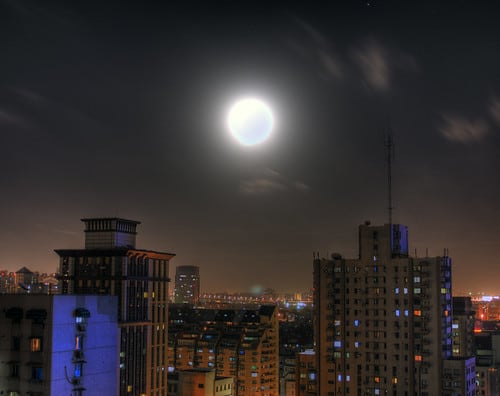 The full moon was really bright some days ago, I tried to capture that with a long exposure. 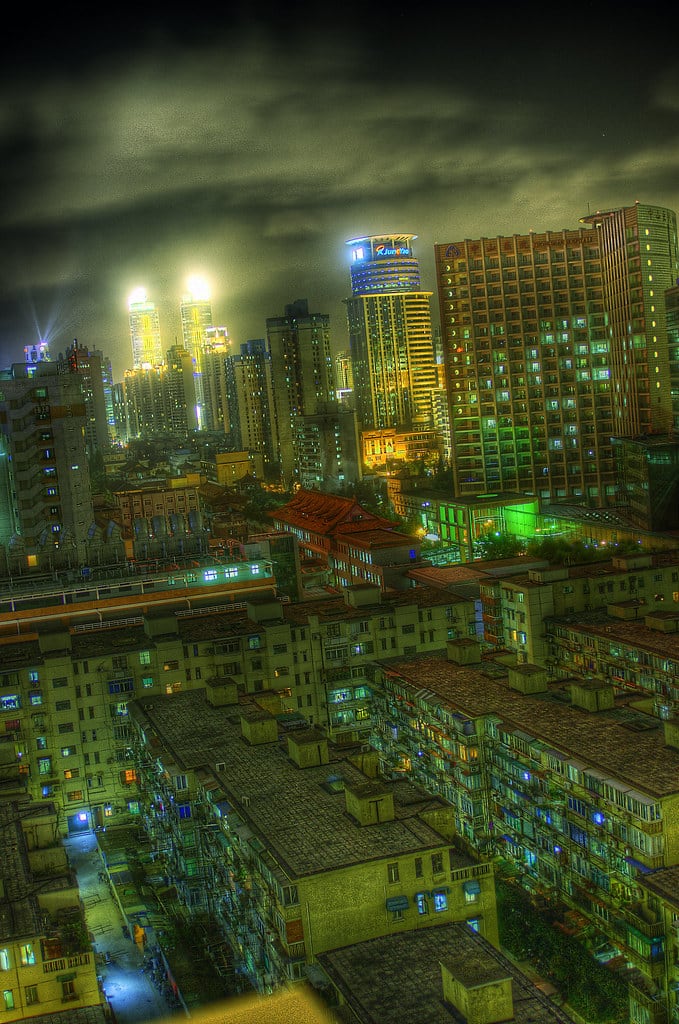 I titled this image "We Are The Night" because I like The Chemical Brothers' music a lot and because XuHui really is a night-active place. 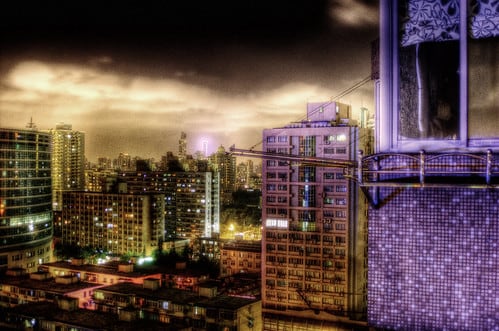 Believe it or not, this is what you see at night when you look out of my toilet window. It rocks to live in the 18th floor.

The last picture of today. I'll just quote what I wrote on flickr for this image:

We were looking for a new apartment some months ago, and one apartment these dumbasses from a housing agency introduced to us was directly next to a future Expo site, where lots of people were bringing trash away. Needless to say, we did not want to live next to a construction site and looked for a new apartment agent directly afterwards. 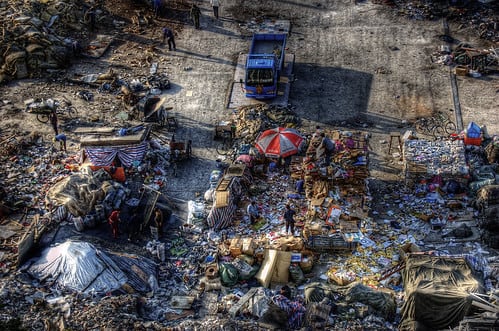 And that's it for today this week. Hope you enjoyed my newest pieces!

And let me tease you a bit: Big news coming soon. Really big. Wait for it...