Jason Statham plays a farmer called Farmer (no joke) who has to go on a mission to save the world, after an evil sorcerer (Ray Liotta) decides to take over it. His son gets killed on the way along and his wife captured. There's also Burt Reynolds as some dumb king as well as men in suits who are supposed to be a warrior race called "Krugs". The cinematography has written Lord Of The Rings all over it but can't deliver - the script and editing are just too confusing. The action scenes are well done but cut too hectic. Even Leelee Sobieski didn't seem to understand the story, thus here weird facial expressions all the time.

But I can't really write a fair review, since we stopped watching this mess in the middle. It's simply unwatchable. I had a couple of other unwatched movies who all started screaming "watch me!" after just three minutes.

I had to talk my wife out of divorcing me after this debacle...

Pushing the eject button on the remote.

It's more fun to invest the 9 or 10 kuai this disc will cost you into two line 1 subway tickets during rush hour. 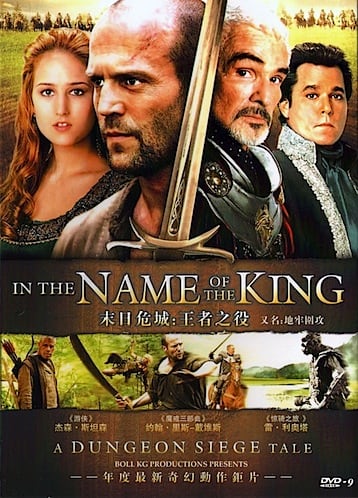 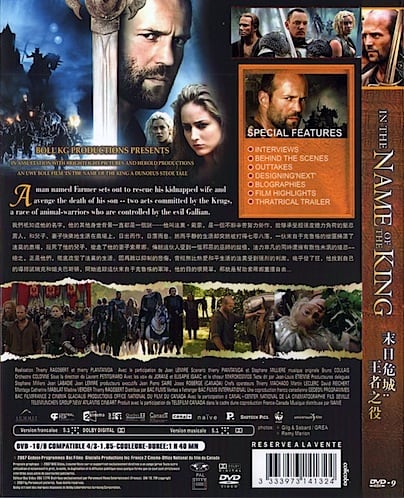